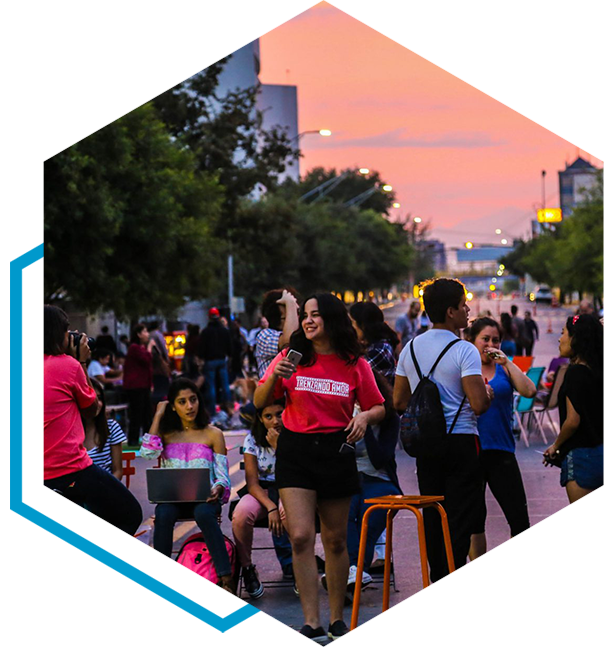 Rapid outward expansion created a low-density, resource-inefficient metropolitan area plagued by congestion, as drug violence tore at the social fabric of the city.

A university-led revitalization process that works with government and communities to pilot new, more compact, district-scale design methods, along with supporting policy and finance changes.

DistritoTec has knit Monterrey together in more ways than one. From more compact and accessible neighborhoods that encourage walking, cycling, and new economic opportunities to increased community involvement and cohesion, the project by the university Tecnológico de Monterrey (Tec) has piloted new design, policy and finance standards in district-scale transformation.

From 1980 to the early 2000s, Monterrey – Mexico’s third largest city – underwent rapid urban expansion and car-centric development. As the city’s population doubled, its density decreased by 75% as more residents moved to the periphery and increasingly relied on private vehicles. Air pollution rose to dangerous levels while the tax base declined.

Meanwhile, violence from the war on drugs brought insecurity and further tore at the social fabric of the city. In 2010, violence came to a head and touched the Tec community directly. Over the next two years, the university weighed its options and considered moving to a different part of the city. Eventually the leadership decided to stay in its historic location and opened itself to different stakeholders in the community, including residents, government officials and local business leaders, to develop a solution that would transform the urban context of the surrounding neighborhoods.

The university assembled a preliminary team to analyze and learn from other cases of urban transformation, including those led by universities and those enacted in violent contexts. In 2013, the university established a full-time team for the project, which helped design the new master plan for the evolution of the campus and conceptualize the 24 surrounding neighborhoods as part of a cohesive district. 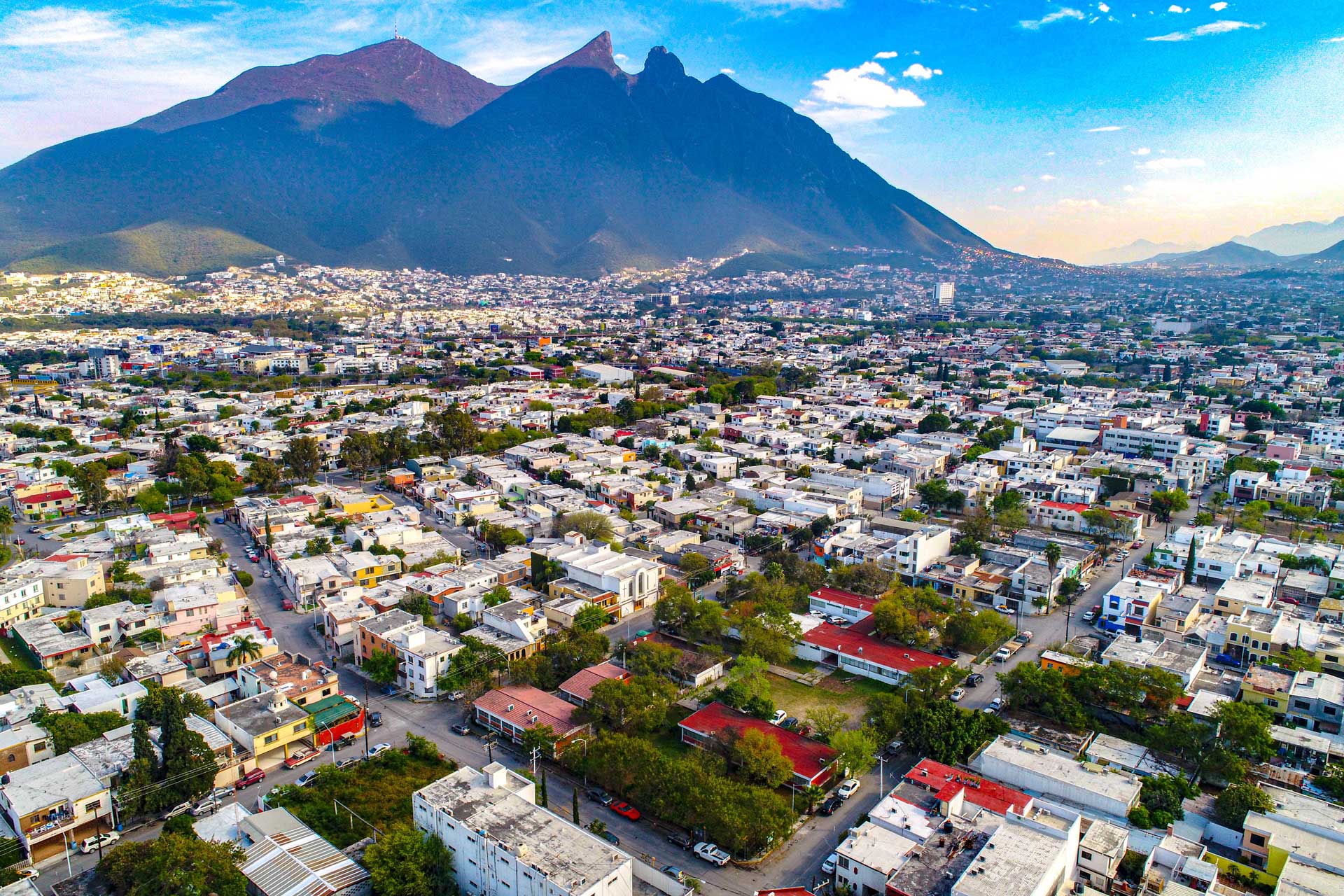 The university launched the DistritoTec regeneration initiative in 2014 and provided seed funding of $200 million. The project designed opportunities for community engagement from the start, encouraging the formation of neighborhood committees that would then have representation in the larger Neighborhood Council of DistritoTec. Aware that the district would need municipal support to bring about the desired changes, the Council, requested the formal recognition of DistritoTec as an area for strategic redevelopment.

In 2015, the Monterrey City Council approved a Partial Urban Development Program for DistrioTec, a special development zone under Mexican law, which set out guidelines, strategies and projects to create mixed-use development and increase density in the district. This paved the way for physical changes to begin, and the project team started with the boundaries of the Tec campus, redesigning them to remove fences and walls and create four new pocket parks. 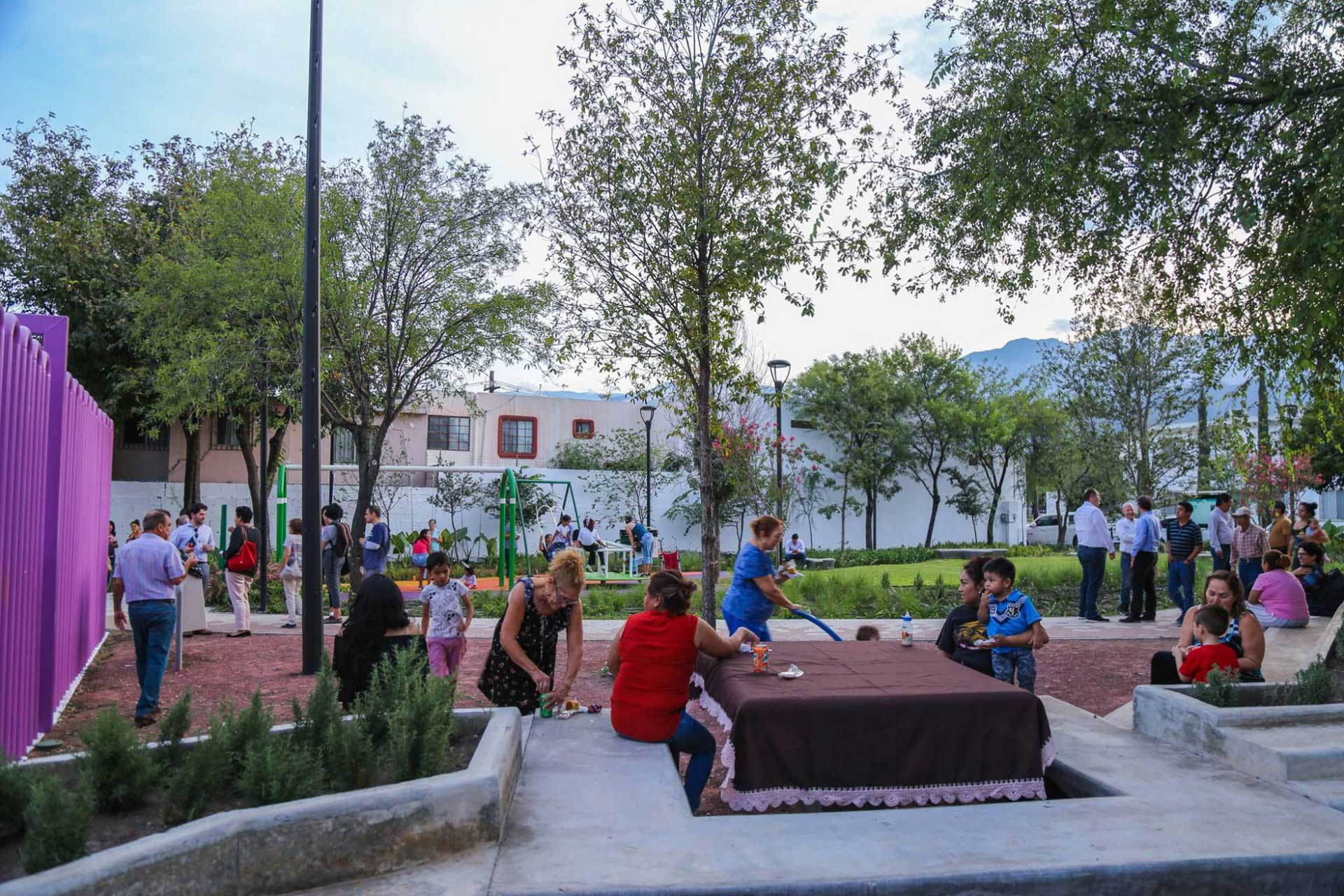 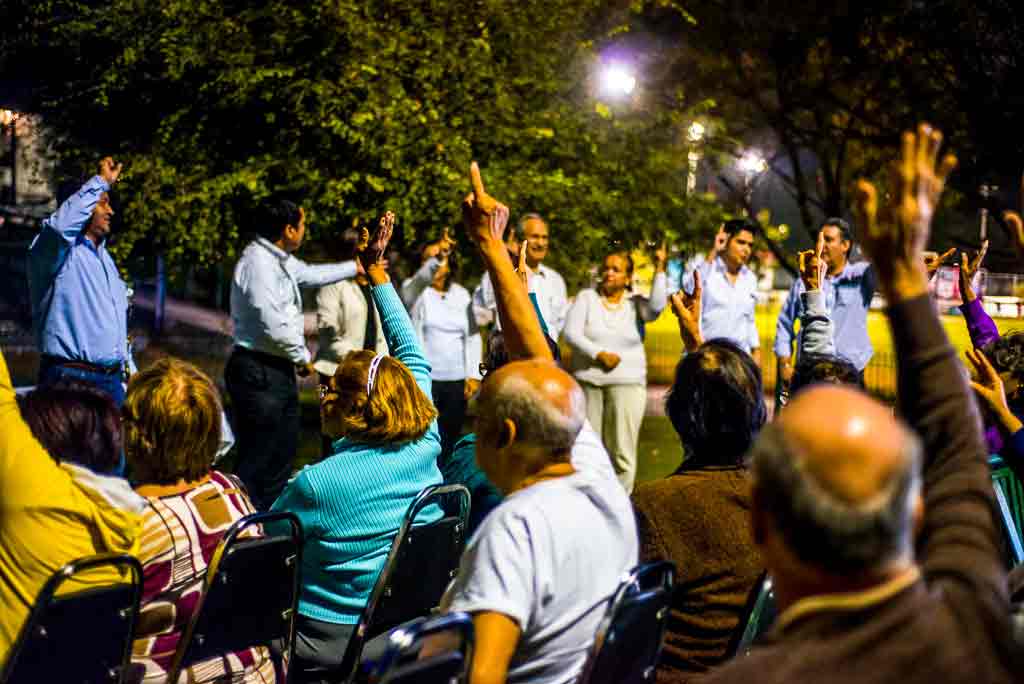 On a wider scale, DistritoTec worked with the community and city on rehabilitating parks across the district. Other physical changes included over 3 kilometers of “complete streets” improvements funded through both municipal and regional government sources to improve pedestrian and cycling infrastructure and safety; as well as the transformation of the Garza Sada roundabout, a major hotspot for road traffic injuries.

These changes to the urban landscape were complemented by cultural events, as the neighborhood committees launched cinema nights, concerts, local markets, art shows and more. New business registrations in the district also soared, fueled by a major drop in violent crime and an increase in foot traffic. The project’s deep collaboration with private businesses has attracted over $500 million for infrastructural upgrades and programming in the district. 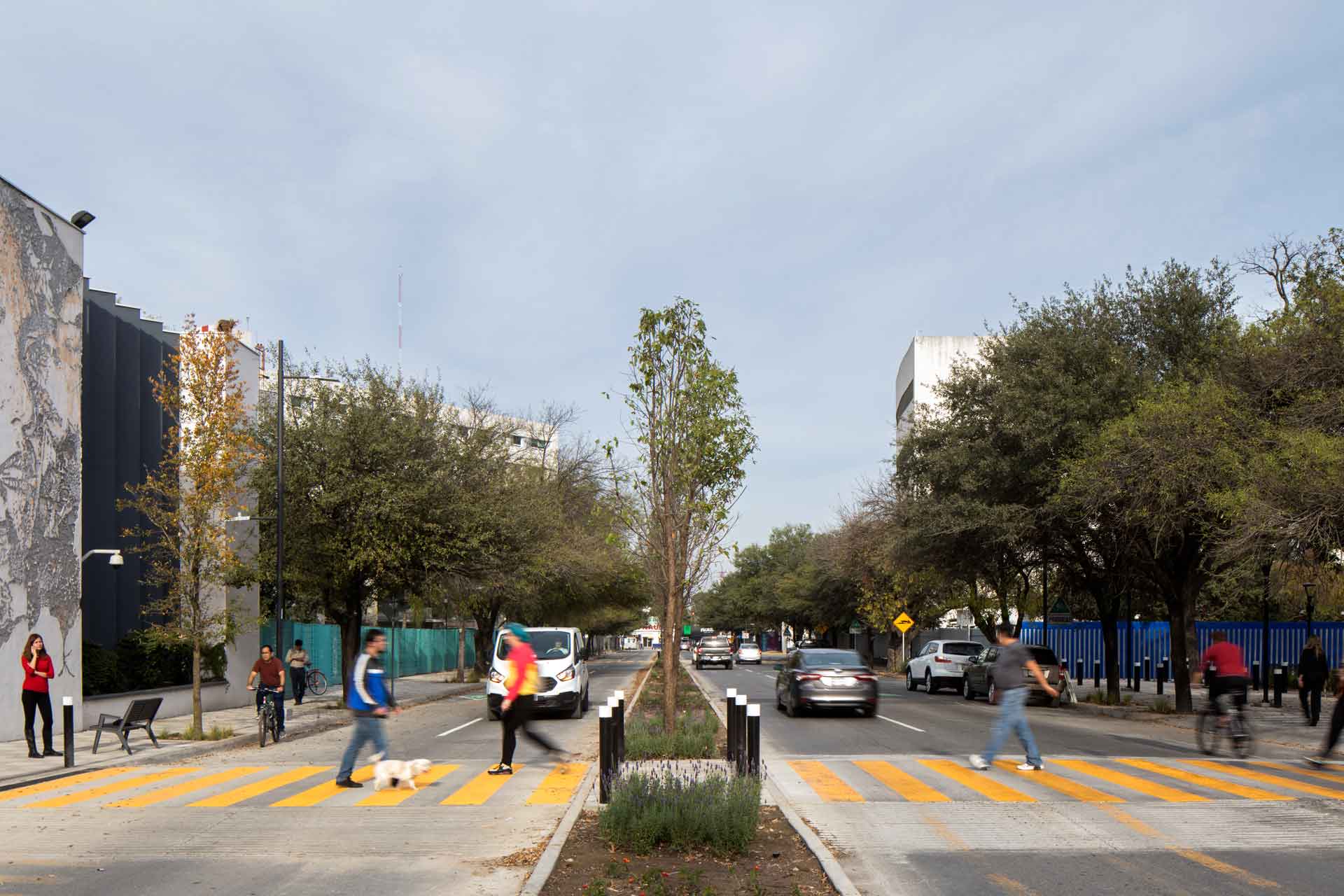 In 2018, the DistritoTec Neighborhood Council was granted formal recognition by the city in the Municipal Law of Public Participation, paving the way for other districts to follow similar models of participatory governing. In 2019 the municipal government approved the DistritoTec public trust, a financial instrument that will allow a portion of public revenue to be captured and reinvested into infrastructure and public space priorities, further improving the project’s financial sustainability.

The project has informed the development of multiple districts in Monterrey. In addition, lessons from Monterrey have influenced the development of a national design guide for complete streets. DistritoTec has also demonstrated the success of university-led initiatives. A new phase is underway to help the area become an Innovation District, during which research produced by the university will directly inform urban development. This has also inspired Tec’s sister campus in Mexico City to begin a similar project, the Tlalpan Innovation District.