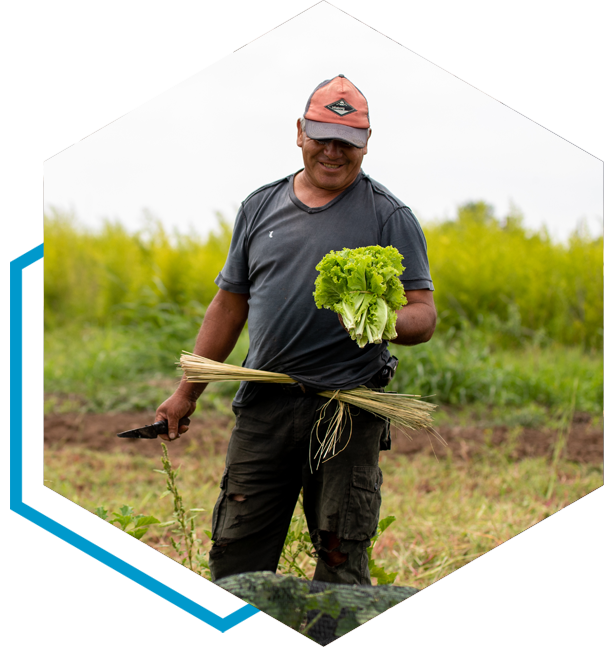 Rising temperatures and flooding are compounding the lingering damage of the 2001 Argentinian economic crisis to exacerbate urban inequality.

Sparked a citywide remediation of vacant land for sustainable and healthy food production and increased climate resilience while expanding to include peri-urban areas.

Initially launched in the wake of the Argentinian economic crisis of 2001, Rosario’s flagship urban and peri-urban agriculture program has evolved to become a cornerstone of the city’s response to increased flooding and heat events. The program, designed to help improve food security and nutrition for low-income residents by strategically repurposing public land and private peri-urban spaces, now helps improve resilience to extreme events and reduce carbon emissions via more compact food supply chains.

The collapse of the Argentinian economy in 2001 sent Rosario, the country’s third-largest city, into a rapid downward spiral. With more than half of Rosario’s population below the poverty line and a quarter of its workforce unemployed, desperation even led some to start looting supermarkets. To aid those hit hardest, the municipality launched an urban agriculture program in partnership with a local NGO, the Center for the Study of Agroecological Production (CEPAR), and the national Pro Huerta program for family gardens.

Demand for fresh produce was high that the city quickly opened a new market to enable growers to sell fruits and vegetables directly and provide new sources of affordable and healthy local produce to residents.

As the economic crisis stabilized, the municipality planned for the future of the urban agriculture program. It began working with UN-Habitat's Urban Management Program and the National University of Rosario on an inventory of vacant and underutilized urban land that could be repurposed into agricultural plots. The inventory found that 36% of the municipal area was suitable for agriculture conversion, including land along railroads and highways, low-lying, flood-prone lands, and designated greenbelts. In 2004, the mayor approved a municipal ordinance allowing the city to grant temporary tenure of vacant land to the urban poor for urban agriculture.

While the program helped reduce food insecurity and alleviate poverty, extreme flooding brought a new crisis threatening lives and livelihoods in Rosario. Over the course of five days in 2007, record-shattering rainfall forced the city to evacuate over 3,000 people. Recognizing that the flooding would only worsen with climate change, the Department of Water Management created a flood risk map to identify problematic zones of the city and inform development priorities in the Urban Plan of Rosario 2007-2017. The new plan included Parques Huerta (Vegetable Garden Parks), an initiative aimed at converting underutilized land to green spaces to help absorb excess water and prevent floods. 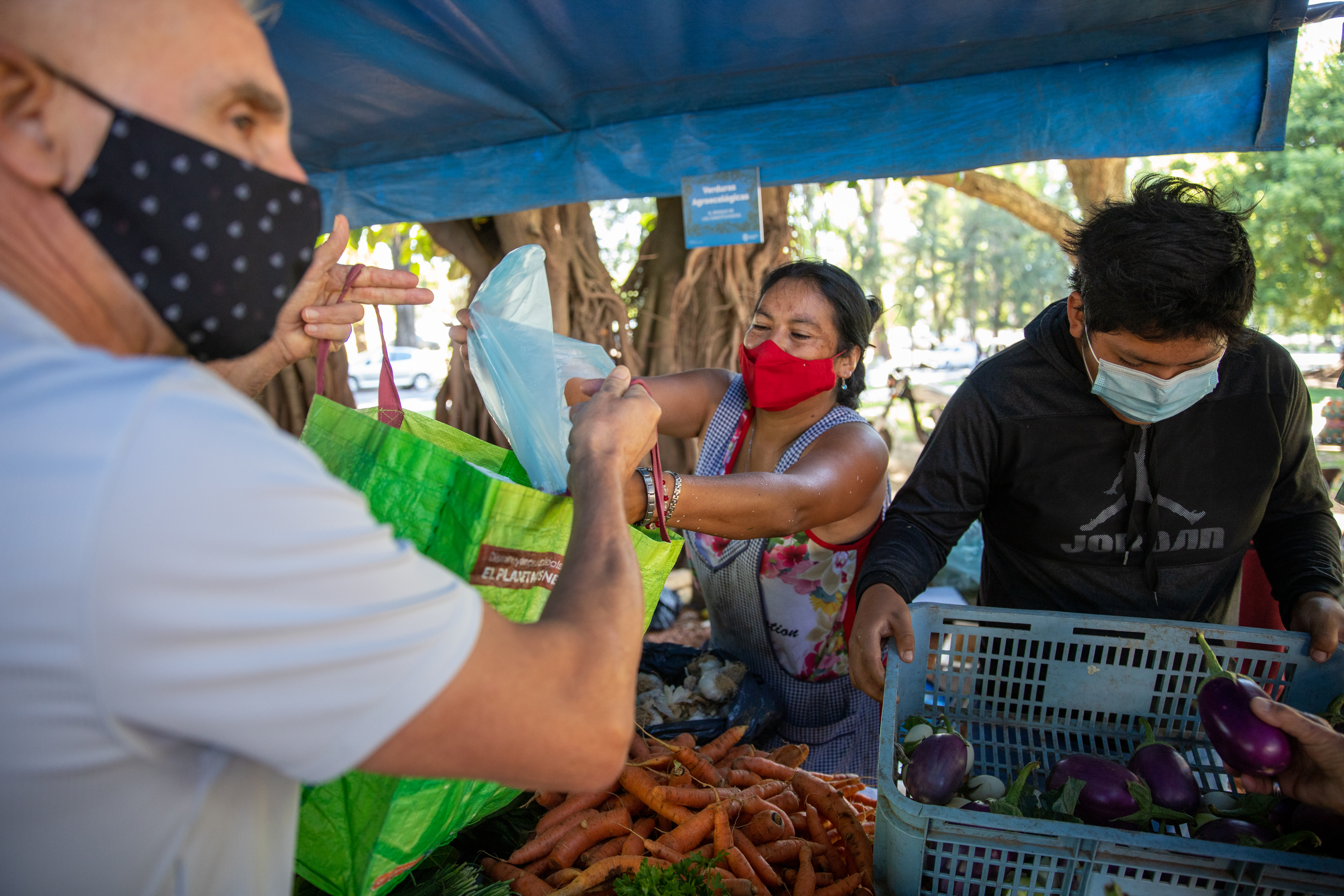 Since the city already had an inventory of available land, it was able to act quickly. In 2007 and 2008, two Vegetable Garden Parks were opened, bolstering the city’s flood resilience while providing additional land for urban agriculture. The public parks also offer a variety of social programs around sustainability, including workshops and tours of the gardens. Urban farmers maintain temporary tenure of the land in exchange for its continued maintenance. 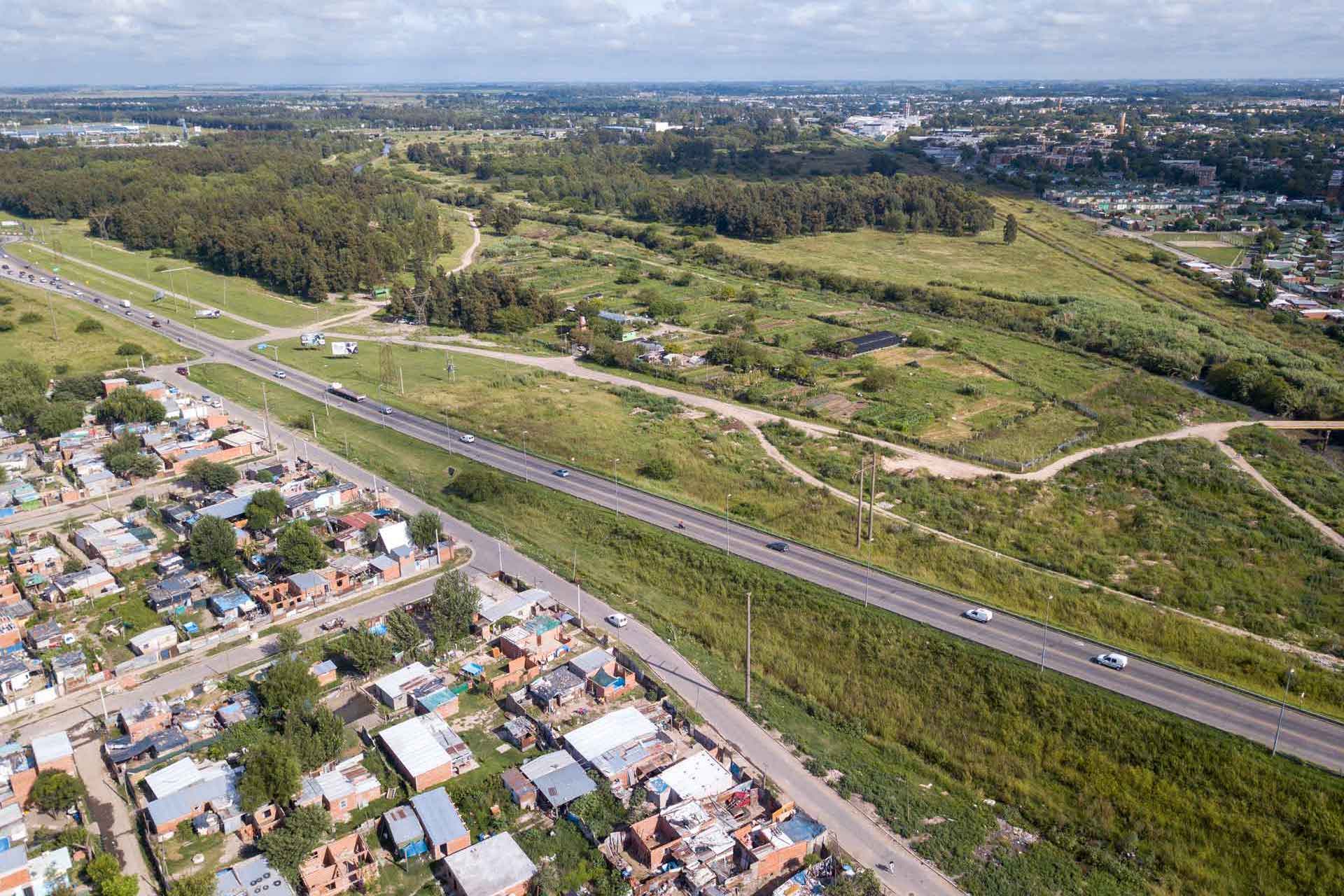 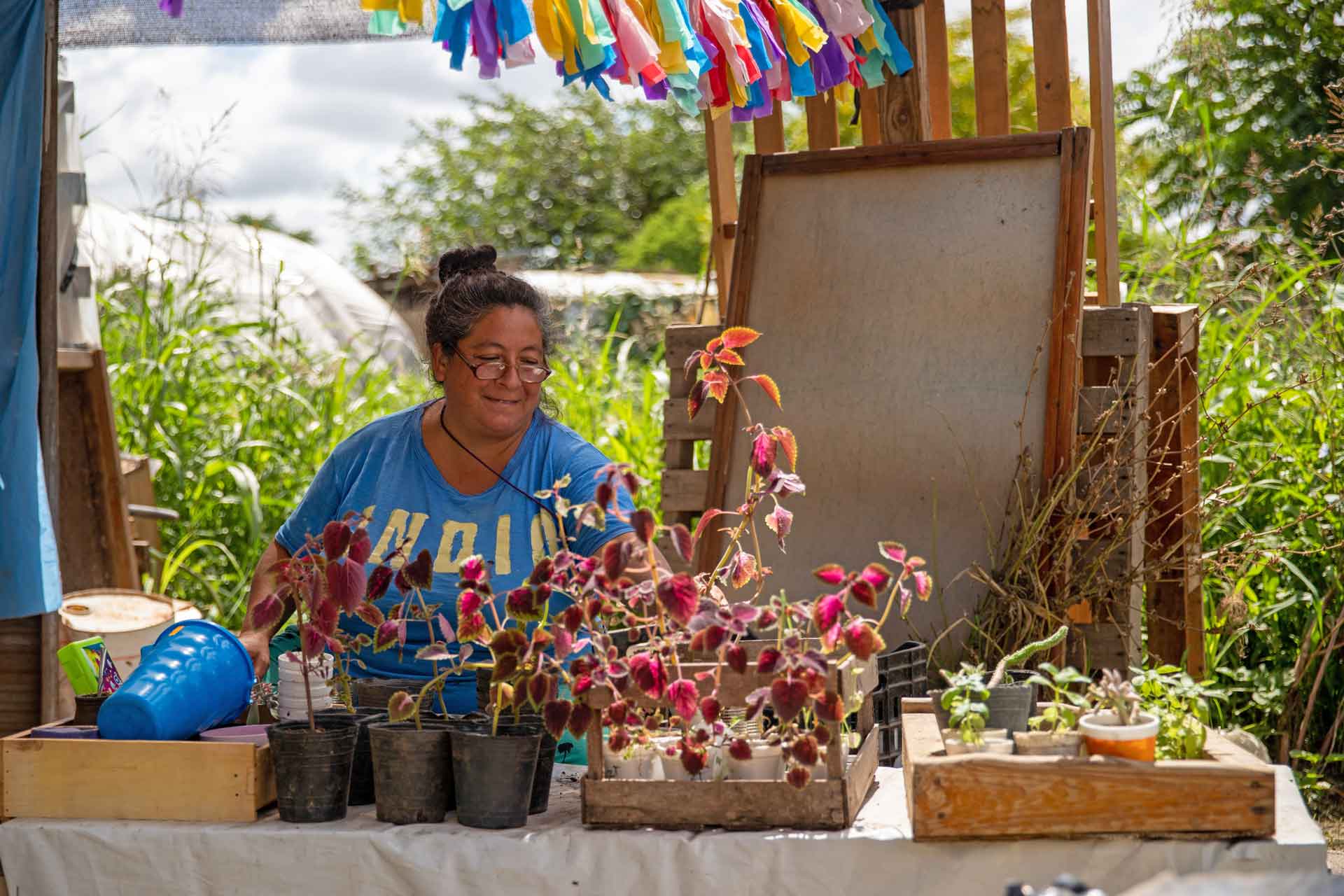 Recognizing that the city’s resilience depends not just on converting land in inner neighborhoods but also on protecting its rapidly urbanizing surroundings, the municipality passed an ordinance in 2011 designating 800 hectares of peri-urban land to be used for agroecological production as well. Formally adopted into the city’s strategic plan and launched in 2015, the Green Belt Project helps contain urban sprawl while restoring land in an ecologically sensitive manner. It also increases Rosario’s resilience to floods and expands the total land available for food production. 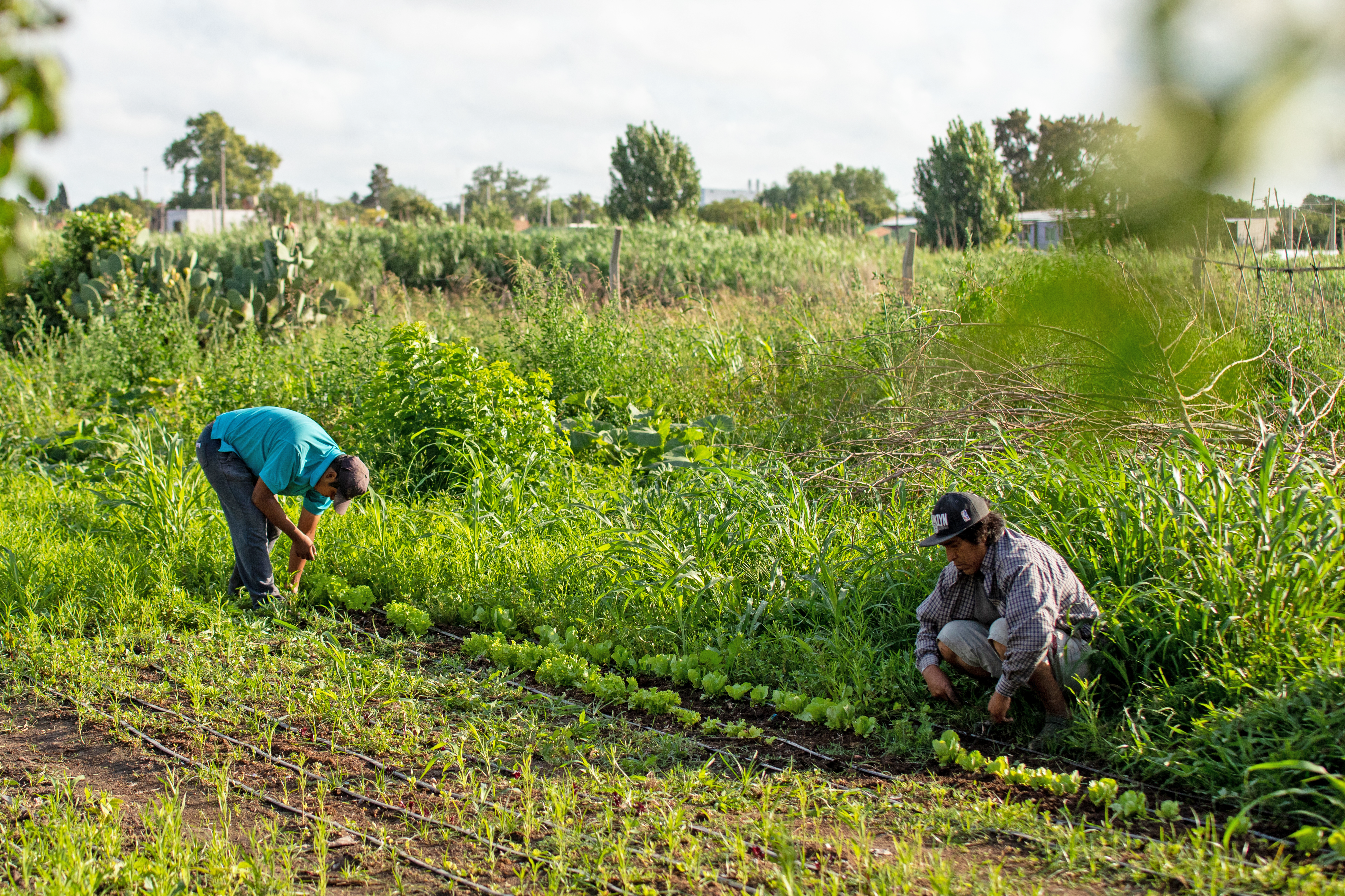 Rosario has continued its commitment to urban agriculture and climate resilience, opening five additional Vegetable Garden Parks, all located in traditionally low-income neighborhoods. The city’s holistic approach has left enduring positive marks on people’s livelihoods and wellbeing, while reducing food import dependency and food insecurity. Greenhouse gas emissions associated with the delivery of vegetables, for example, are estimated to be reduced by as much as 95%. Urban agriculture is still a growing movement across the city. Today, more than 2,400 families have their own gardens and practice environmentally sustainable agriculture.

2,500 tons of fruits and vegetables produced each year

2,400+ families started their own gardens